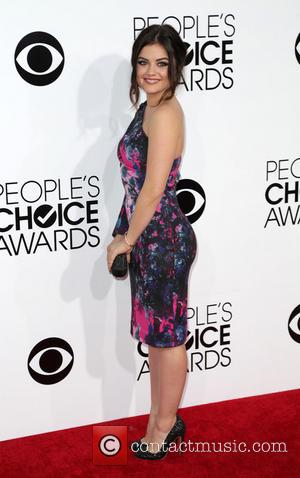 Actress/singer Lucy Hale's country music career has been given a big boost after landing the opportunity to perform at Nashville, Tennessee's fabled Grand Ole Opry venue.

The Pretty Little Liars star is currently relaunching herself as a musician after finding fame on the hit Tv show, and she released her debut single, You Sound Good to Me, in the U.S. this week (begs06Jan14).

Now Hale reveals she has been invited to grace the historic stage at the country music mecca next month (Feb14), and she is blown away by the honour.

Taking to her Twitter.com blog, she writes, "This is literally a dream wk (week) for me. Just got word that I will be performing at the grand ole Opry on feb 21 (sic) ...I cannot believe this."

Hale shouldn't be too surprised by the offer - she teamed up with Sugarland star Kristian Bush, who is no stranger to the Grand Ole Opry, to help co-write some of the songs for her upcoming album.