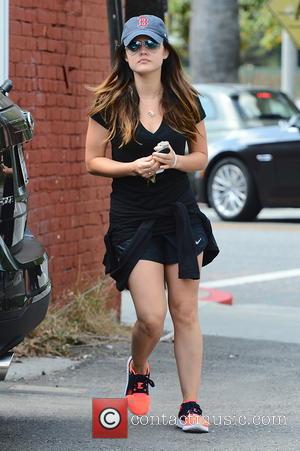 The Pretty Little Liars star and Crouse were photographed together at a Los Angeles Lakers basketball game last month (Apr14) and after the sporting event, Hale took to Instagram.com to share a picture of her and the country singer, gushing about their fun night out.

She wrote, "First lakers game. Was really great teaching this one the rules of the game. And seeing him looking like a kid in a candy store @joelcrouse."

Last week (11May14), they were also spotted on a lunch date at Crave Cafe in Los Angeles.

A source tells Us Weekly magazine, "They are seeing each other. He is in L.A. right now to visit. It isn't anything serious just yet."

Hale, whose exes include actors Chris Zylka and David Henrie, is in a country music state of mind right now - her first country album, The Road Between, is scheduled for release later this summer (14).