Rocker Lucinda Williams And Country Star Sturgill Simpson Were The Big Winners At The Americana Awards On Wednesday Night (16sep15). 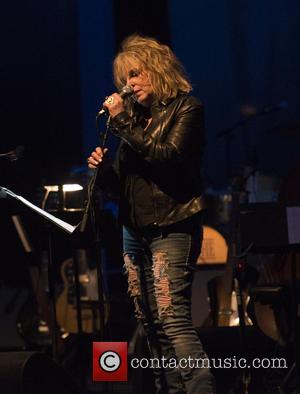 Picture: Lucinda Williams - Celebration of the 60th anniversary of Allen Ginsberg's 'Howl' with music, words and funny people at The Ace Hotel Theater at The...

Williams took home the evening's top prize, Album of the Year, for Down Where the Spirit Meets the Bone, while Simpson was named Artist of the Year and also landed Song of the Year for Turtles All the Way Down.

Simpson was unable to attend the prizegiving at the Ryman Auditorium in Nashville, Tennessee as he is away on tour, so his producer Dave Cobb accepted the awards on his behalf.

Another big winner was The Mavericks, who were named Duo/group of the Year, while Shakey Graves landed the Emerging Artist award.