The widow of opera legend Luciano Pavarotti has finally sold off one of the tenor's luxury New York City apartments, six years after his death.

The singer owned three pads on the same floor of the Hampshire House building, which overlooks Central Park, and his wife Nicoletta Mantovani offloaded one of the one-bedroom properties last November (12) for just under $1 million (£666,667).

Now the same buyers have acquired the keys to another of Pavarotti's apartments for almost the same fee after Mantovani was forced to lower her initial asking price of $1.75 million (£1.17 million).

She is reportedly planning to keep the third unit, a two bedroom pad, for herself.

Pavarotti died in 2007 following a battle with pancreatic cancer. 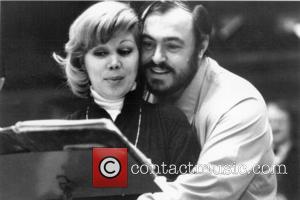