Before Sunday's gig at Bristol Motion, a 'taxi dad' tweeted that he was dropping his son off at the Loyle Carner gig and had four hours to kill in Bristol. Within minutes Carner tweeted, "A pops should never have to wait outside. You want me to slap you on the guestlist?" The invitation was accepted, the average aged pushed upwards and the count of LC gig-goers called Nigel increased by (or to) one. That's just a snapshot of the warm humanity that Loyle Carner exudes. On the ensuing evidence from Sunday's gig, he can slap us with his uplifting, urbane urban bars as energetically and as often as he likes.

The venue, a cavernous former Victorian goods warehouse, was sold out. The acoustics weren't perfect for a medium that trades off the finer qualities of the lyrics. It was also brass monkeys cold (you could have kept a side of beef fresh in there for a month), leading LC to take to the stage in puffer jacket, hoodie and t-shirt. By the time the gospel strains of SCI Youth Choir on "The Isle of Arran" kicked in, though, this hulking refrigeration unit behind Temple Meads turned hotter than the sun and for an hour, Carner was the centre of the Universe.

He quickly peeled off the warm-up layers, and proceeded to own the stage, along with partner in rhyme, Rebel Kleff, bouncing through the hour joyously in an exuberant long-limbed skip-lope - like a hip-hop Peter Crouch. Everything was on target. Only two songs in and the crowd's mad love brought a polite request not to make him cry. Clutching his talismanic Cantona shirt, a memento of his late stepfather, he gleaned the same kind of partisan chanting usually reserved for a beloved team and he orchestrated a successful 'Oooh Aaah, Cantona' chant with a crowd who would largely have been in Pampers when said French footballing philosopher kung fu-ed a chinless barracker in 1997. All this from a Liverpool supporter. That's family Loylety - as is writing a tender song of brotherly love to an imaginary sister, "Florence", as a lyrical gift to your mother, compensating her for having two 'annoying' boys.

Loyle Carner is the sort of rapper you could take round to your nan's. She might chastise him for his seemingly habitual effing, but she'd definitely want to feed him up on ham rolls and Battenberg. Straight outta Croydon, Carner delivers fluid, unhurried rap with distinct, erudite Britishness and a painfully diarised introspection, like a more streetsmart, digital-age Adrian Mole. "Yesterday's Gone", his debut album, showcases humble, homely, heartfelt hip-hop - tender, domesticated, kitchen-sink rap. No-one's mum is getting dissed here; instead, his mum is as key to Carner on this album as his producer and collaborator, Rebel Kleff.

Even the production is homespun, with crackles, coughs and 'one-two's preceding tracks, and "No CD" ending with a heavy stop-button clunk. The track tells of impoverished musical ambition and obsession, 'we're bringing it back to basics' epitomising the album's deliberate rawness. Even when sampling the tranquilising 70s jazzy sax of Piero Umiliani on "Ain't Nothing Changed", layered over the laidback boom bap, Carner's lyrics bristle with the angst of adulthood, contemplating himself 'somewhere between the struggle and the strain' in later life (the video has him made up as his OAP self). Equally, the buoyant bass bounce and hand claps on the gospel-infused "The Isle of Arran", borrowing SCI Youth Choir's "The Lord Will Make A Way", can't camouflage the conspicuous isolation ('He was nowhere to be seen when I was bleeding') and lost 'souls who need redeeming from the demons'.

Considering, amongst many things, the tawdry misogynistic swagger that has hamstrung rap for decades, "Florence" feels redemptive, fondly imagining the sister he never had and the home life they never shared. Over mellow piano, he avows to be her 'listener' and 'shelter her from the snitches'. Glass ceilings are shattered, telling her, 'I can see the skies are limitless'. The funked-up guitar groove of "Stars and Shards" tells the story of Sonny - lacking maturity, manipulating women, selling drugs and winding up dead in the park, mistreating womankind coming first on that downward spiral. 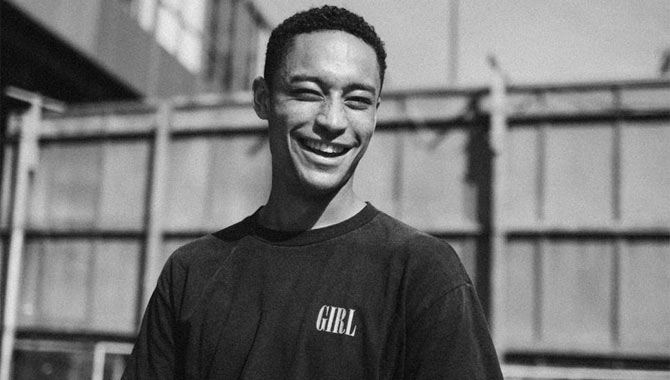 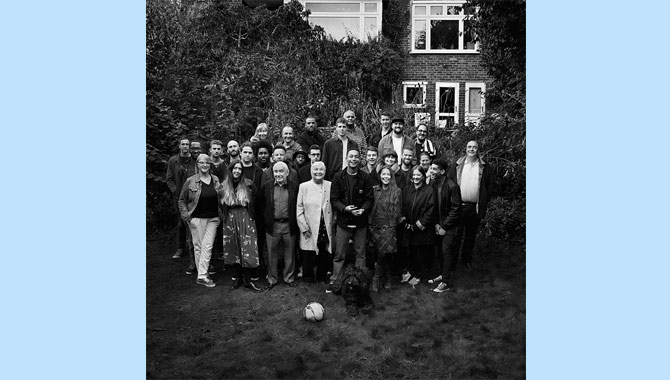