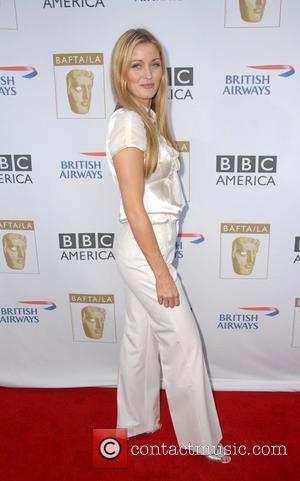 Former CSI: CRIME SCENE INVESTIGATION star Louise Lombard is determined to keep her son British - despite raising him in Los Angeles.
The English actress, who played Sofia Curtis in the hit crime show, moved to the U.S. in 2000 and her son Alessandro, two, was born in California.
But Lombard is struggling to keep the youngster emerged in his British roots - and is alarmed to discover he has started picking up an American dialect.
She says, "I'm racking my brains as to how he can keep an English accent. He already says candy, not sweets. But fortunately he still says mumma and not mommy, which I'm OK with."
Alessandro is Lombard's only child with estranged husband Jon Stephen.