The 1D singer has reportedly become fed up with his ex, Briana Jungwirth, granting him "inconsistent" access to their 5 month old son Freddie.

Louis Tomlinson is reportedly considering heading to court in order to fight for joint custody of his baby son Freddie, after becoming fed up with “inconsistent” access to him from his ex-girlfriend, Brianna Jungwirth.

Tomlinson, 24, shares five month old Freddie with stylist Jungwirth, and has relocated to the U.S. in order to be closer to his son, and rents a $1 million home in Calabasas for them in addition to paying $15,000 per month in child support to her.

Now, however, TMZ reports that he is gearing up to go to court in order to get the terms of access to his child re-negotiated by a judge, after becoming fed up with Jungwirth keeping Freddie from him seemingly on a whim. 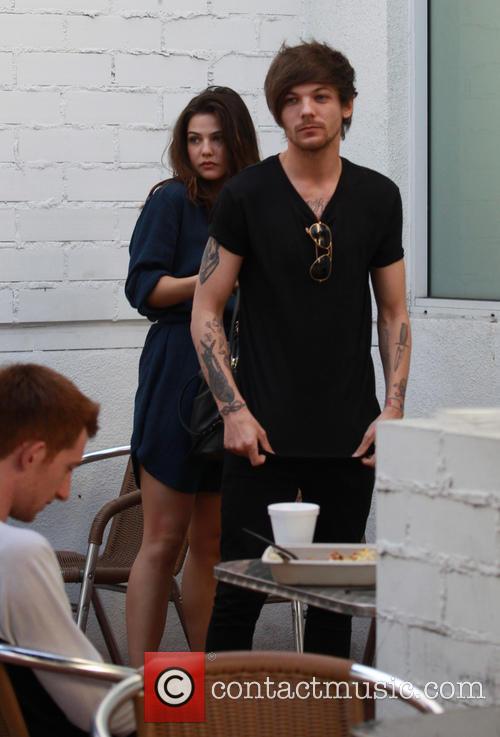 Louis Tomlinson with his current girlfriend Danielle Campbell in 2016

Previous reports have indicated that she is unhappy with Tomlinson introducing his new girlfriend, Danielle Campbell, into their son’s life.

Tomlinson wants to be a more visible presence in Freddie’s life, and reports indicate that if he is successful, he will win a 50/50 split with Jungwirth in terms of time spent with their son, as well as joint physical and legal custody.

Representatives for the Directioner have not commented upon the reports as yet.

23 year old Jungwirth had a brief romance with Louis last year, revealing her pregnancy in May and giving birth to their son in January 2016.

Happy Father's Day to every lucky lad out there who's someone's daddy! Thoroughly enjoyed my first :) Love you Freddie son X

Recently, she posted a clip to her Instagram page of Freddie giggling while watching two other kids play basketball in the park. “Happy 5 months to you my sweet boy. Looks like you already have a thing for sports ;)” she wrote.

A week ago, Tomlinson shared a photo of Freddie clutching one of his fingers, writing: “Happy Father's Day to every lucky lad out there who's someone's daddy! Thoroughly enjoyed my first :) Love you Freddie son X.”