It's the second time in a fortnight he's been spotted with the Disney star.

Louis Tomlinson sparked rumours of a new romance after he was spotted out and about in Los Angeles once again with actress Danielle Campbell.

The 1D singer, who is enjoying being on hiatus from the group after their On The Road Again tour came to an end just over a month ago, was pictured with ‘The Originals’ star at Hollywood celebrity hotspot Millions of Milkshakes on Sunday night (December 6th), prompting rumours that Louis won’t be single for much longer. 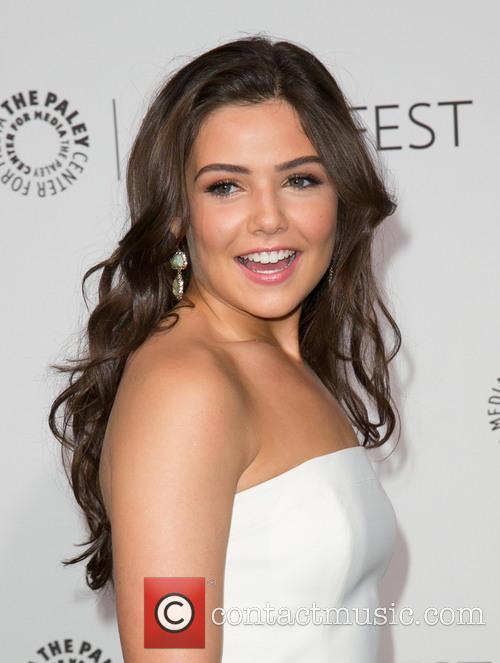 Danielle Campbell of 'The Originals'

An unnamed source told E! News that the 23 year old was “all over” 20 year old Danielle, and that “he was being playful and all lovey towards her like couples do.” An eagle-eyed caught a cheeky snap of the pair as they waited and posted it on Twitter.

Campbell has been a cast regular in ‘The Originals’ on The CW since 2013, and also had a brief role in five episodes of ‘Prison Break’ from 2006 to 2007. She has also played lead roles in Disney Original movies Prom and StarStruck.

It isn’t the first time that the pair have been seen hanging out together, as nearly a fortnight ago Danielle’s friend Keelin Woodell shared a pic of them as they enjoyed a day out at Bootsy Bellows in L.A.

Rumours had been doing the rounds last month that Tomlinson was giving things another try with American stylist Briana Jungwirth, who is pregnant with their child after the pair had a brief fling in the wake of his break-up with former long-term girlfriend Eleanor Calder earlier this year.

However, Louis recently confirmed that a reunion wasn’t on the cards, but that he still intended to be a “hands on” father and remain in frequent contact with Briana throughout her pregnancy.