Louis Tomlinson: Eleanor is 'The One' 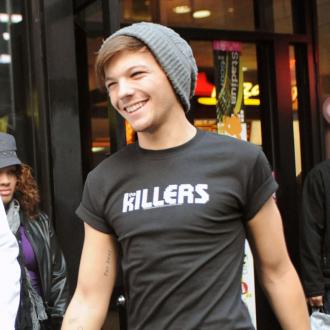 Louis Tomlinson thinks he may have found The One in girlfriend Eleanor Calder.

The One Direction hunk began dating the brunette student in 2011 and while he knows it's still early days, he admits he's completely smitten with her.

He said: ''It's hard to say this early on. I'm still young! But I am incredibly happy at the moment.''

However, Louis, 21, admits it can be hard to maintain a relationship when they're both so busy.

He said: ''Maybe sometimes she might think it's a little tough but the good thing is we met each other when I was in the band, so it's all she's ever known really.

''It hasn't been easy, but we both know the commitments I have and that she has with her university course. It works well.''

Despite the difficulty, Louis says he and Eleanor trust each 100 per cent and don't get jealous.

He told We Love Pop magazine: ''We both trust each other. I spend a lot of time out of the country on tour and she often flies out, so I see her a lot.

''I think the key to a good relationship is being best friends too. I spend more time with her and the band than I do with anyone else.''