By Holly Williams in Lifestyle / Showbiz on 16 February 2015

The French actor was also recognised for his role as Kamal Khan in 'Octopussy'.

Veteran French movie star Louis Jourdan has passed away at the grand age of 93, just months after the death of his wife Berthe. He leaves behind an impressive movie legacy, including films such as 'Gigi' and James Bond picture 'Octopussy'.

Old age has caught up with one of France's most charismatic old movie stars. Never one to give in easily, Marseille-born Louis Jourdan's film career began after World War II, during which he forcefully refused to get involved with German propaganda films despite his orders and subsequently joined the French Resistance. Having already appeared in several French films in the following years, his first international movie was Alfred Hitchcock's 1947 film 'The Paradine Case'.

The later years followed with 'Letter from an Unknown Woman', 'Three Coins in the Fountain', 'The Swan' with Grace Kelly and 'The Bride Is Much Too Beautiful' with Brigitte Bardot, not to mention his Broadway ventures with 'The Immoralist'. He will always be remembered, however, for his lead role in 1958 9-time Oscar winning drama 'Gigi' in which he lead the cast alongside Leslie Caron.

The premise: a wealthy Parisian (Louis Jourdan) is training a young girl (Leslie Caron) to be his mistress. He and his ribald uncle (Maurice Chevalier) even sing songs like "Thank Heaven for Little Girls." It's a musical about pedophilia -- and this is one of Hollywood's most glorified song-and-dance films. Even more bizarre is that Caron was 27 when she was tapped to play young Gigi. She looks like she's about 16. 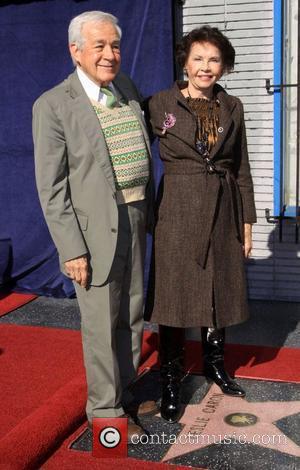