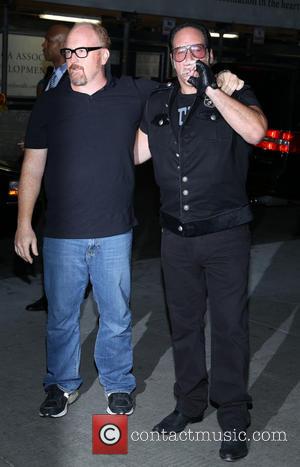 The 'Louie' star was a highly anticipated host for the show and, given his hilarious sketches of the night, it's a wonder why he hasn't appeared on the show before. The most highly rated comedic moment for the star was his portrayal of respected 16th president of the United States Abraham Lincoln - appropriate, given that the show was taking place on the weekend prior to the major presidential election this week. In the skit, he not only parodied Lincoln, but his own sketch show 'Louie' as he copied the opening sequence which made little or no sense to viewers who hadn't seen it.

On the other hand, 'Mountain Pass' was reportedly the worst and most awkward sketch of the 'SNL' episode made so by Louis's reluctance to do the skit. He forgot his lines (either that or he didn't try to remember them) and threw the other cast members off their game; there were also rumours that he refused to have the sketch cut, presumably rather enjoying the awkwardness he cast over his audience.