Remaking an iconic classic is dangerous business, even if the original filmmakers are on board as producers, but at least Uruguayan writer-director Alvarez has a few clever ideas up his sleeve. And a willingness to go gleefully over-the-top with the grisliness. But aside from a few gimmicky jolts, the film is never actually scary.

There are essentially only five characters in the story, which gives the actors a chance to find entertaining details along the way. Mia (Levy) is a drug addict whose three best friends (Lucas, Pucci and Blackmore) take her to her family's creaky old cabin in the woods to go cold turkey. They're joined by Mia's aloof brother David (Fernandez). But none of them know that locals have used the basement for a sinister ritual, and they left a creepy book behind that supposedly has the power to summon a vicious demon who wants to possess them all. So is Mia's freaky behaviour because of her withdrawal, or has something evil got hold of her?

This twist is rather clever, as it adds a level of mordant wit to the film, giving texture to the relationships between these five young people who we fully expect will begin to die horribly nasty deaths one by one. Indeed, what follows is an escalating series of blood-soaked set-pieces involving dismemberment and death at the sharp edge of any implement on hand.

When Mia, her brother and three friends vacate to an isolated cabin in the woods, they unwittingly discover a book labelled 'Leave This Book Alone' tightly bound up. It turns out to be a Book of the Dead which one of them reads a part of and subsequently rouses some dark and murderous demons intent on possessing the group and leading them to their doom. It doesn't take the spirit long to take over the youngsters as they fight in vain to survive until only one of them is left to desperately find an escape.

The evil returns in this exciting remake of the 1981 cult horror 'The Evil Dead'. It is directed and written by Fede Alvarez in his debut feature length film with screenplay contributions from Diablo Cody ('Juno', 'Jennifer's Body') and Rodo Sayagues Mendez in his first feature. Production credits include the one and only Sam Raimi himself who created the original movie, along with the original main star and executive producer Bruce Campbell. 'Evil Dead' the 2013 edition is set to be even more spine-chilling than ever as the fourth instalment of the Evil Dead franchise. It is scheduled for release in the UK on April 19th 2013.

Sam Raimi and his production team have gone in hard with the trailer for the Evil Dead remake.

Branded for mature audiences only, there are moments in this teaser that are so gory, they leave you wondering what hell they’ve put in the rest of the movie. This remake of Raimi’s classic 1981 movie starring Bruce Campbell was initially met with a degree of pessimism from horror purists but he’s back on board, with Sam Raimi and indie movie darling Diablo Cody both claiming a writing credit for the remake and with Fede Alvarez in the director’s seat, they appear to have taken no prisoners with this resurrection and the trailer alone is sure to silence the cynics.

2013’s Evil Dead stars Jane Levy as Mia. Shiloh Fernadez, Jessica Lucas, Lou Taylor Pucci and Elizabeth Blackmore all join her onscreen, as does Bruce Campbell himself, albeit briefly. Campbell, of course, is a huge part of the success of the original 1980s movies, so it’s a relief to see him on production duties here as well.

Oliver remembers the time, in 2003, when his father Hal, came out to him at the age of 75, soon after the death of Oliver's mother Georgia. Hal was wearing a robe and not a purple sweater, as Oliver had previously thought. This came as a shock to him, having thought that his dad was perfectly happy with his mother. But Hal always knew he was gay; though he had thought that by marrying Georgia he would turn straight. Although Oliver maintains that he is fine with his father coming out, Hal's much younger, handsome boyfriend, Andy, doesn't seem so sure.

Trailer for the film Carriers 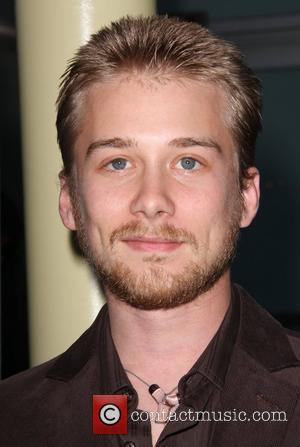 When Mia, her brother and three friends vacate to an isolated cabin in the woods,...