Lou Reed's wife, Laurie Anderson paid tribute to her late husband in the local newspaper, calling him "a prince and a fighter". Laurie Anderson's husband, Lou Reed, died on Sunday (Oct 27th) of an ailment following a liver transplant earlier this year in May.

Tributes poured in from all around the world to pay tribute to Reed but now the most important women in his life as penned a letter of remembrance: an obituary in the local newspaper.

The emotional piece was published on Thursday (Oct 31st) in The East Hampton and Anderson revealed, "Lou was a tai chi master and spent his last days here being happy and dazzled by the beauty and power and softness of nature."

"He died on Sunday morning looking at the trees and doing the famous 21 form of tai chi with just his musician hands moving through the air," she continued.

Reed, who is widely considered as a massively influential singer/song-writer and musician in rock music for the past 5 decades, will be remembered by his wife as "a prince and a fighter," she added, "I know his songs of the pain and beauty in the world will fill many people with the incredible joy he felt for life. Long live the beauty that comes down and through and onto all of us." She closed the touching letter with "Laurie Anderson, his loving wife and eternal friend."

Lou left behind an impressive music legacy, his first band 'The Velvet Underground' was named the proud owners of the 13th best rock & roll album of all time by Rolling Stone in 2003 and had a very successful solo career which included huge hits such as 'Walk on the Wild Side' and 'Perfect Day'. 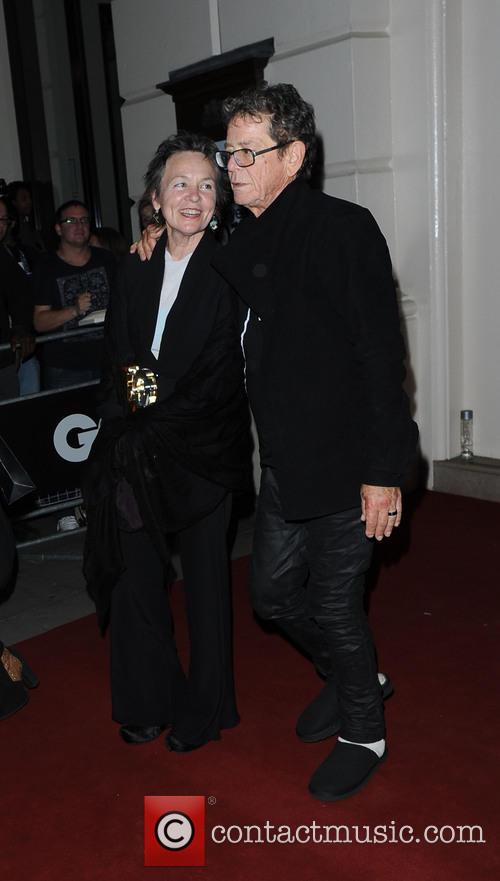