Ian Watkins will be in jail for 35 years.

Ian Watkins, the paedophile former singer of Lostprophets, has been sentenced to 35 years in prison after admitting a string of sex offences involving children including the attempted rape of a baby. Two women (apparently named by Peaches Geldof on Twitter), known only as Woman A and Woman B - the mothers of the abused - were sentenced to 14 and 17 years respectively. 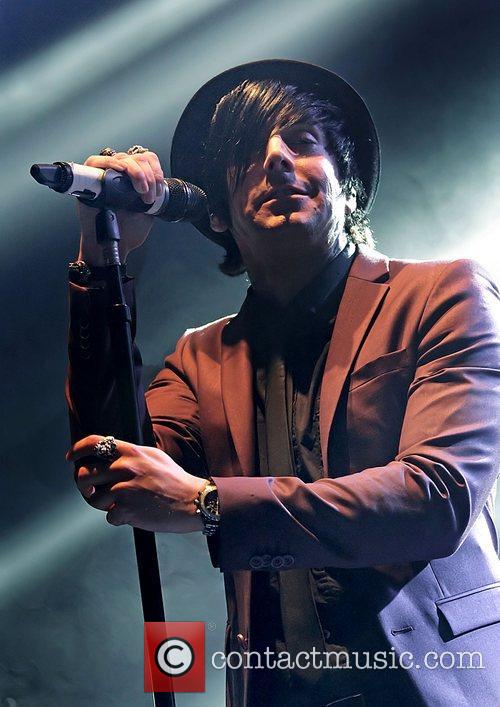 Ian Watkins Has Been Sentenced to 35 Years in Prison

During the sentencing, it emerged that the day after the singer admitted his offences, he told a female fan from prison that he was going to issue a statement saying it had been "mega lolz," and that he didn't know, "what everybody is getting so freaked out about."

Watkins - who has been on suicide watch - told the woman, "Come on, it was not that bad; nobody got hurt." He said another tactic could be to "win them over with my charm."

Christopher Clee, prosecuting, detailed a total of 90 images of child abuse found of Watkins computer, with 24 falling into the most serious category. He also possessed 22 images of bestiality.

Watkins barrister Sally O'Neill said her client's life unravelled because of the pressures of fame and drug addiction.

She said: "He was the singer of an extremely successful band that sold millions of records and the focus of considerable attention from fans. Fans who would do anything to attract his attention and once they had it do anything to keep it. It was 24 hours a day, seven days a week. He was bombarded with messages from fans trying to hit on him."

She said Watkins conceded that it was "probably his arrogance" that made him believe he could live outside normal rules of morality. "He has perhaps, belatedly but nonetheless now, realised the gravity of what has happened."

The prosecution said the attempted rape of a baby happened while Watkins was staying at a four-star hotel in west London, shortly after appearing on Radio 1. When police investigated the singer, they found a "secret" disc, which featured a video of the attempted rape.

Watkins - a user of crack cocaine and crystal meth - maintained he could not remember the incident.