By Andrew Lockwood in Music Reviews on 15 September 2010

As Ms Chrissie Hynde so eloquently put it many years ago..'It's a thin line between love and hate' and whilst hate may be an all too extreme emotion to be harbouring in such a context it does not negate the fact that art forms do tread a precarious path. When does a joke stop being funny and start being offensive, when does art stop being creative and instead becomes crass? How wide is the gap between FatBoy Slim and Jive Bunny?

XFM's Eddy Temple Morris and The Cooper Temple Clause's Tom Bellamy may be someone's idea of a dream ticket on paper, on CD however they are somewhat less than the sum of their respective parts. The unashamedly 90's references to dance demigods The Prodigy and Faithless abound on the Losers album but the results are closer to parody rather than perfection. In trying to take a 2010 twist on a time not long enough forgotten to be able to remember how good the originals were The Losers have only highlighted their own lack of creativity and imagination. 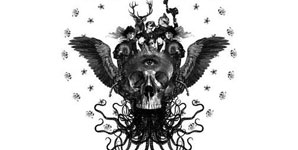