The Heaven singer misjudged the edge of the stage at the Downey Civic Theater and fell into the orchestra pit. The concert was immediately halted and Garza was taken to a nearby medical centre.

The star remains under observation to ensure he did not sustain "significant spinal or neck injuries", and the band has now reached out to fans to update them on Garza's condition.

A series of posts on the group's Facebook.com page read, "Henry is alive! He is injured, but he's very strong and God is on his side! Keep praying and thank you all so much for the positive love and prayers! Henry says to tell you all, a super big thanks to everyone for all the prayers and love! He also says to tell y'all he's fine and he will be ok! We will keep you posted... God bless!

"Those of you who are concerned with what happened can rest assure Henry is goin (sic) to be fine. He was injured quite badly.

"Doctors are observing Mr. Garza's condition to make sure the trauma has not led to significant spinal or neck injuries."

The band has scrapped three weekend (01-03Mar13) shows in Hawaii to allow the singer time to recover. 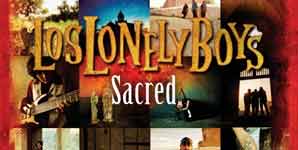