Actress-turned-reality Star Shayne Lamas And Her Husband Nik Richie Have Reportedly Welcomed Their Second Child Via A Surrogate. 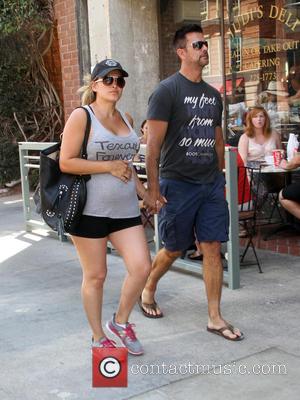 Picture: Lorenzo Lamas and Shawna Craig - Lorenzo Lamas goes to a nail salon in Beverly Hills wearing a 'My Feet Hurt From Kicking So Much...

The daughter of U.S. soap veteran Lorenzo Lamas revealed she was expecting her second child in September (14) following a life-threatening miscarriage in February, 2014.

In February (15), it was announced Shayne's stepmother, Shawna Craig, was carrying the baby and she reportedly gave birth on America's Independence Day (04Jul15).

A source tells Closer Weekly, "The new bundle of joy arrived via natural water birth and everyone is happy and healthy."

Shayne lost a baby boy she was carrying last year after a rare uterine rupture and later discovered she could no longer have kids.