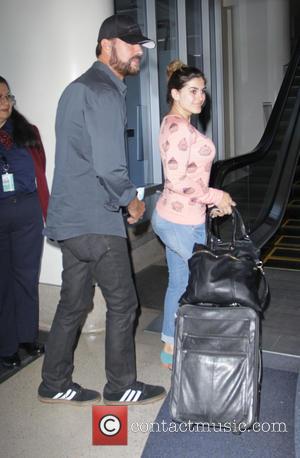 U.S. soap veteran Lorenzo Lamas is embroiled in a legal battle against his actress ex-wife Shauna Sand over custody of their three children.

The former The Bold and the Beautiful star and his fourth wife Sand divorced in 2002 after a six-year marriage, and Lamas is now fighting for full custody of their three children.

In legal papers obtained by Tmz.com, he claims Sand is an unfit, irresponsible mother, who make sex tapes and constantly exposes their kids to a string of new men.

Their daughters Alexandra, 16, Victoria, 15 and Isabella, 13, have written letters to the judge asking to live with Lamas.

The actor married his fifth wife Shawna Craig in 2011. He has three other children from previous relationships.