After many false alarms and a protracted wait, 'Royals' and 'Ribs' singer Lorde is back in business with the release of her first new material in an age with 'Solar Power'. The young New Zealand singer-songwriter's last release was a remix of 'Supercut' in March of 2018 from her second full length album 'Melodrama', released in November 2017.

After the break-up heartbreak of 'Melodrama' Lorde sounds refreshed and ready to embrace a sense of positivity on her new record. Back in May this year she told her very patient fans, "I started going back to the studio in December, just for something to do, and to my surprise, good things came out, ..happy, playful things. I felt my melodic muscles flexing and strengthening."

"Come on, let the bliss begin" Lorde sings on her new sun soaked summer anthem. "I Hate the winter, can't stand the cold" she opens with, but "can I kick it, yes I can" she counters as she references A Tribe Called Quest. "Forget all of the tears that you've cried, it's over" Lorde softly sings as if to banish her 'Melodrama' blues for good.

'Solar Power' has an unassuming, subtle mix that frames Lorde's vocals perfectly. It's all minimal and pretty stripped back until two thirds of the way through when Lorde sings, "Blink three times when you feel it kicking in" and the song breaks and builds with added percussion and layered vocals. The song and video for Lorde's new track dropped as an annular eclipse of the Sun occurred to create a 'ring of fire' that was visible in some parts of the world, mainly the Northern Hemisphere.

Lorde's latest single release is taken from her eagerly anticipated third album of the same name. There is no confirmed release date for the album as yet but Lorde has said that it will be, "light, playful and fun" and that "The album is a celebration of the natural world, an attempt at immortalising the deep, transcendent feelings I have when I’m outdoors." For a better idea of the release date "look to the natural calendar for clues". 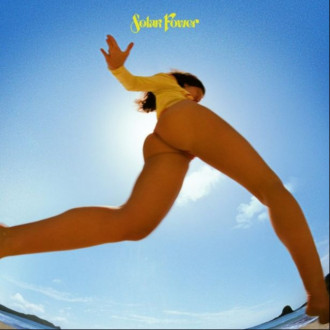