Lorde has recalled the hilarious moment when she was mistaken for Taylor Swift's manager, an accident which the 'Shake It Off' singer went along with for a joke. 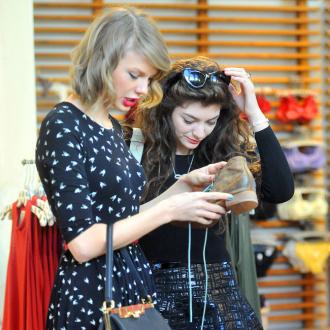 Lorde was once mistaken for Taylor Swift's manager.

The 18-year-old singer, who is pals with the 'Blank Space' hitmaker, has recalled her first meeting with the 24-year-old star was an eventful one in which she had an encounter in which a man who handed her a business card thinking she could arrange for Taylor to perform at an event.

The teen sensation explained: ''We were at this grimy party, and this was one of my first [industry events]. This was before the Grammys, and I was like, 'Oh there are all of these people everywhere! There's this person! Oh it's insane,' and I found her [Taylor] and clung to her.

''A lot of people come up to Taylor just to talk about stuff and she's lovely, she's great, and there was this guy, and he wanted her to play at some event he was having. So he talked to us for about 10 minutes and she was obviously lovely about it, but we got to the end of the conversation and he said, 'So I'll leave my card, is this your manager?' And he pointed at me, and no beat passed and she was like, 'Yep'.

''And all of a sudden I was Taylor Swift's manager, this tiny, gothy, hunched person. And I performed on that stage about half an hour later.''

The 'Yellow Flicker Beat' singer also revealed how her friendship with the award-winning musician blossomed from a floral gift.

Speaking on 'The Tonight Show Starring Jimmy Fallon', she added: ''She sent me some flowers which was so nice. She just sent them to my house and just said, 'Congratulations on everything,' and I was like, 'God, I need to know more!' ''