Pop Star Lorde Has Reunited With Her Brit Awards Collaborators Disclosure To Hit The Recording Studio. 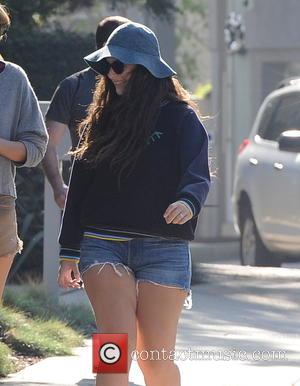 The New Zealand singer was teamed with the British dance stars for a show-stopping mash-up of their respective hits Royals and White Noise at the London prizegiving in February (15), and it appears sharing the stage has inspired them to work on new material together.

Lorde broke the news to fans online on Wednesday (10Jun15), when she posted a photo of herself on Twitter and captioned it, "Making tunes and getting Oreo milkshakes with Disclosure".

She didn't elaborate on the purpose of the project, but Disclosure, who have previously worked with Sam Smith and Mary J. Blige, are preparing to release their next album, Caracal, in September (15).

Lorde has been working on the follow-up to her hit debut album Pure Heroine since late 2013.