By Holly Williams in Music / Festivals on 16 October 2013

True Music Festival open their first event this December with Bassnectar, The Flaming Lips and Wiz Khalifa headlining the bill.

Arizona's True Music Festival marks its debut this December 2013, seeing a range of different artists of all genres coming together to support music events as all-year round fun.

The Salt River Fields at Talking Stick stadium complex in Scottsdale, Arizona will be hosting this inaugural occasion on December 14th, and it will no doubt have people talking for weeks after. A handful of acts have been announced so far - enough to whet the appetite and get ticket sales seriously rolling.

In between trips from his Michigan home and current residence in L.A, Ben Schneider, the man behind Lord Huron, brought to life his debut album, Lonesome Dreams. The new album is a follow up to previous EPs 'Mighty' and 'Into the Sun', which earned Lord Huron much critical attention and a number of tour dates throughout 2012. Having shown much potential both in the studio and on tour, much is expected of Lord Huron's full length release. 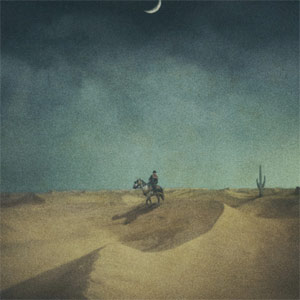 The mixture of background ambience and upbeat Americana is a constant feature throughout the album. Opener 'Ends of the Earth' occupies a spiralling guitar line amidst Schneider's comforting vocals.  The complex yet appropriate production provides a sound that offers a sturdy pop sensibility, making the often experimental sound an easily accessible one. 'Time to Run' breaks down halfway through, transforming from a shiny upbeat piece into an atmospheric combination of echoing voices and gentle strings. Tribal sounding drums build up around Schneider's vocals as the track returns to its initial pop groundings.

Schneider's background as a visual arts major is evident not only in the imagery created in the shimmering tracks but also through the Lord Huron website. Various visuals and pieces of art have been specifically created to accompany certain tracks. For example, 'The Ghost on the Shore', a definite highlight of the album, creates a subtle, mellow backdrop which seems slightly different from the rest of the album. This is reflected through the visuals; gentle swaying waves accompany the track via the website. The lyrics create an atmosphere which isn't dissimilar from the deeply emotional sounds of 'Phosphorescent'. There is an expectation for 'The Ghost on the Shore' to, like others on the album, build up into a joyous crescendo of overlapping vocals and multiple effects, but Schneider seems to resist this temptation and is rewarded in the melancholic simplicity of the track.