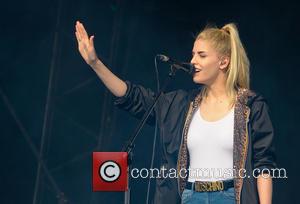 A day after the group picked up two trophies at the AIM Awards in London, their song has been unveiled as the new Dior tune.

The new global ad features Theron bathed in gold as she moves through the Galerie des Glaces at Versailles, France.