The video was unveiled earlier this week.

British three-piece London Grammar have just unveiled a stunning video for their latest single 'Big Picture'; the second release from their hugely anticipated forthcoming sophomore album which is yet to be named. Plus, you'll be able to catch them live on the festival circuit this summer where they'll no doubt unleash some other new gems. 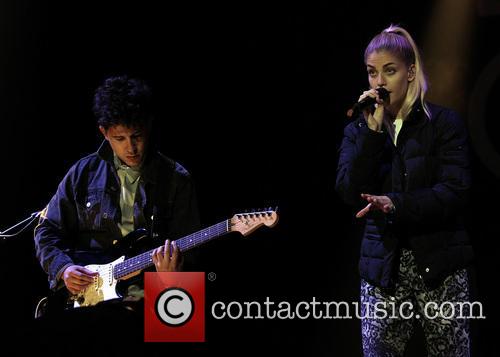 Directed by Sophie Muller, the new video shows the band members performing in a glorious desert between glimpses of a starry sky and a moonlit landscape, with an overlay of northern lights and galactical imagery. Mercury Prize nominated electronic artist Jon Hopkins (who has previously worked alongside Brian Eno, Coldplay and David Holmes) helped produce 'Big Picture', an ambient number which was released yesterday (February 1st 2017).

'Big Picture' follows the Ivor Novello Award winning group's other recent single 'Rooting for You' which was produced by Paul Epworth and released on New Year's Day. Both tracks are set to feature on the band's forthcoming second album, the title and release date of which are yet to be announced.

The album will follow 2013's debut 'If You Wait' which reached number two in UK charts and featured the Platinum hit 'Strong'. It came after their initial EP entitled 'Metal & Dust', and that year they also collaborated with Disclosure for the song 'Help Me Lose My Mind' on the latter's debut album 'Settle'.

More: Watch the video for 'Rooting For You'

The band - who are Hannah Reid, Dan Rothman and Dominic 'Dot' Major - have a number of festival dates coming up this summer including Denmark's Heartland Festival, Garorock and Lollapalooza in France, Finland's Flow Festival, and Parklife and TRNSMT in the UK. They have just come off of a series of dates in Australia, which culminated in a secret gig at Sydney's Paddington Town Hall in December.

More information on their upcoming album is yet to come, so watch this space.

London Grammar's Hannah Reid: Coldplay are the reason I sing