Sam Smith and Florence and the Machine are also set to play the Chicago festival.

Paul McCartney and Metallica have been announced as the headliners for this year's Lollapalooza Festival, taking place at Chicago's Grant Park on July 31st through to August 2nd. The legendary Beatle’s heading slot marks his first ever appearance at the long-running festival, while fellow headliners Metallica are making their Lollapalooza return after a 19 year absence. 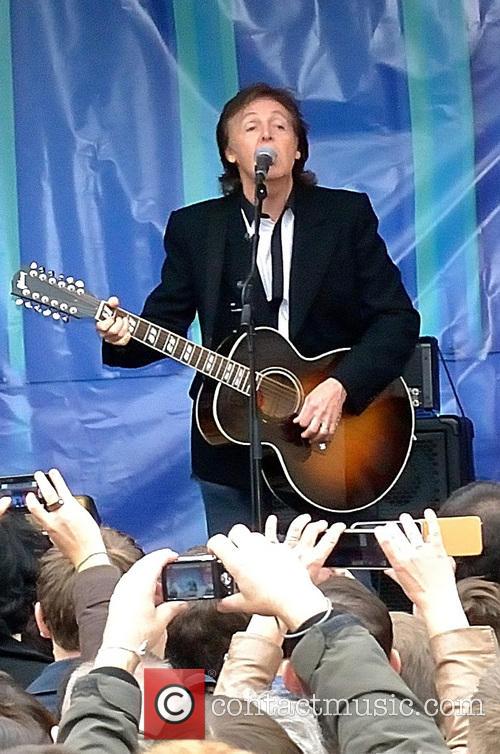 McCartney will headline the opening night of the festival, with The Weeknd, The War On Drugs, Alabama Shakes, Alt-J, Hot Chip and James Bay also scheduled to take the stage on Friday, July 31st.

Closing the festivities on Sunday evening will be Florence and the Machine supported by A$AP Rocky, TV on the Radio, FKA Twigs, George Ezra and Marina and the Diamonds.

Although three-day passes for the event are long sold out, one-day passes are now on sale from the festival’s official website.

More: My Morning Jacket Return To Louisville For Forecastle Festival 2015 Alongside Sam Smith

This year Lollapalooza celebrates its 10th anniversary at Chicago’s Grant Park, after beginning life as a touring festival in the early 90s. In 2011 the festival launched internationally in Chile, followed by Brazil a year later and Argentina in 2014. 2015 marks the festivals European debut, in Berlin’s Tempelhof Airport on September 12th and 13th.

The festival is know for its eclectic mix of acts, with newer artists rubbing shoulders with established performers. Last year, Eminem, Outkast and Kings of Leon all delivered headlining sets performing alongside newer acts such as Lorde, Chance the Rapper and Royal Blood.