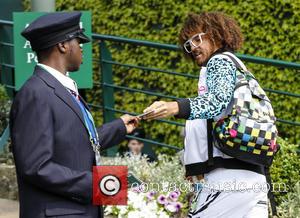 LMFAO star Redfoo sparked rumours he is having relationship troubles after fighting back tears on Australian Tv.

The musician is rumoured to be dating successful tennis player Victoria Azarenka, but he suggested the relationship is in trouble during his appearance on Australia's The X Factor on Monday (29Jul13).

The star, who is a judge on the show, became tearful while listening to a wannabe perform an original track called Don't Let Me Go, and he spoke about his romance woes when addressing the 14-year-old singer.

He said, "I'm going through something right now in a relationship. And those lyrics made me cry. I wish I could show this to her now."