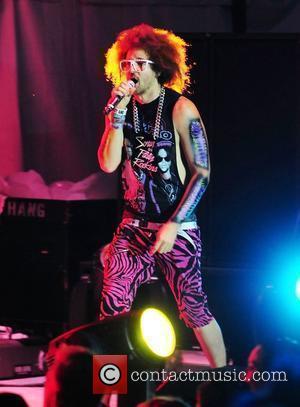 Picture: LMFAO perform as support for Ke$ha during her 'Get Sleazy' tour 2011 at the Bayfront Ampitheater Miami, Florida - 07.08.11

LMFAO frontman Redfoo is grateful to his dad Berry Gordy for offering advice about his career after witnessing how his famous father guided Diana Ross and Marvin Gaye to stardom.
Redfoo, real name Stefan Gordy, grew up around superstars and admits his early experiences inspired him to create Lmfao with his nephew Skyler Gordy.
And he's now credited his music mogul father with helping the duo find fame.
Gordy tells the Associated Press, "He has been where we are now with all his artists, with Diana (Ross), Smokey (Robinson), Marvin (Gaye), The Jackson 5.
"He is saying, 'OK. You need this or you need to get on these shows.' Then will.i.am has been here, and he says, 'You need to do Good Morning America. You need to do this and that.' They are from two different times and they are both saying these things, and so we have the best of both worlds."