Liza Minnelli has been having a ''wonderful'' time resting and recuperating in Los Angeles, so much so her friends are worried she might not return to New York. 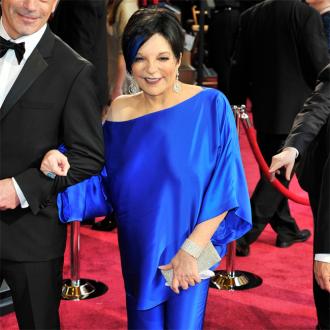 Liza Minnelli's friends are concerned she is not going to return to New York.

The 68-year-old star has been resting in Los Angeles after recently undergoing surgery on her back after breaking her lower spine in a fall at her home, but her pals are worried she might be getting comfortable in California.

A New York-based friend of Liza's told the New York Post's Page Six column: ''Liza's been going out with friends, telling them she feels wonderful.

''If she doesn't come back soon, I may have to go out there and drag her back.''

Liza - the daughter of Vincente Minnelli and Judy Garland - perhaps feels at home as she was in fact born in Hollywood in March 1946.

The star revealed in September she had broken her back after one of her dogs jumped up at her, causing her to fall.

She said: ''I was picking up my dogs - and they jumped. And I got twisted and fell. I thought it's nothing. But it wasn't nothing. It became something. The operation's next week.

''After an X-ray, seems I busted it and have to have it fused.''