Liza Minnelli Is Dating A ''Couple Of People'' 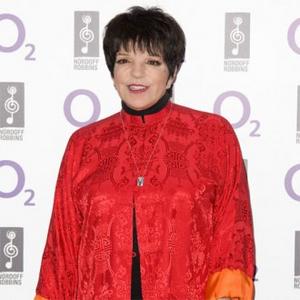 The 65-year-old showbiz legend doesn't take relationships seriously anymore and has ruled out getting married for a fifth time, but has revealed she is romancing more than one man.

When asked if she is dating by Britain's OK! magazine, she replied: "No, I just see a few people. I have a couple of people and I aint saying anything else, so let's not go there."

When asked about marriage, she added: "Why on earth should I get married? I can't have kids. When you get to a certain age it's not important anymore. It's different for everybody, but for me it's just ridiculous. If you love somebody, you love them."

Liza still loves meeting new people and admits she is attracted to individuals who are funny and kind.

She explained: "I like kindness. And humour is huge! And then I guess what they're about. You don't learn that right away. There's something good about everybody. But boy I've met a couple of lu-lus of Loserville!"

The 'Cabaret' star is involved with a number of different charities including The American Foundation forÂ AIDSÂ Research and The Institutes for The Achievement of Human Potential.