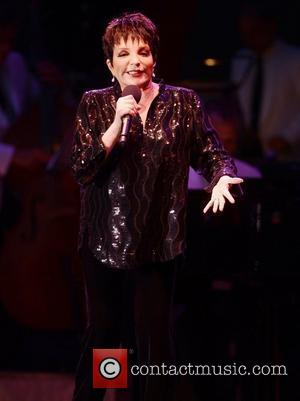 Entertainers Liza Minnelli and Idina Menzel have added their tributes to late composer Marvin Hamlisch, who died on Monday night (06Aug12).
Both stars were close to the Oscar winner and Glee actress Menzel reveals the beloved maestro was like a "second father" to her.
In a touching tweet on Tuesday (07Aug12), she wrote, "Marvin was a friend and mentor... To have shared the stage with such a legend has been some of the most rewarding moments in my career.
"Not only does he leave us with the most precious of melodies and music, but anyone who has ever shared an after-show drink with him can attest to his hysterical storytelling and deep love for his stunning wife, Terre. My heart is broken. He made me feel so special. I love him so much."
And Minnelli released a statement revealing she has considered Hamlisch, who worked with her mother Judy Garland, a "best friend" since she was 13.
She adds, "He arranged my first album, my second album, the songs for Judy Garland & Liza Minnelli at the London Palladium and just about everything else.
"He was one of the funniest people I knew. I will miss his talent, our laughter & friendship, but mostly I will miss Marvin... I have lost my first lifelong best friend, and sadly we have lost a splendid, splendid talent."
Earlier on Tuesday, stars like Barbra Streisand, Marlee Matlin and Ricki Lake honoured the late composer with heartfelt online tributes.