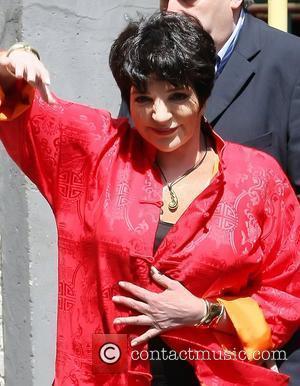 Picture: Liza Minnelli outside at the ITV studios London, England - 03.06.11

Liza Minnelli has thrilled fans by offloading her personal possessions in a yard sale in New York.
The singer/actress cleared out her house in Lake Tahoe, California and decided to get rid of her unwanted goods by hosting a sale at the home of NBC producer Angela LaGreca in the Hamptons, New York.
She posted a notice in local newspaper the East Hampton Star advertising a sale of a "truckload of celebrity-owned items", adding: "Don't bother coming early, entertainers sleep in."
Minelli held the sale on Saturday (11Jun11), offering up items including furniture, glassware, clothing, books and jewellery, as well as a set of epaulets given to her by late superstar Michael Jackson.
The Cabaret star even turned out to greet buyers herself and signed items as they were sold, according to the New York Post.