Four-times married Liza Minnelli thinks it is ''wonderful'' to be single and loves not being tied down. 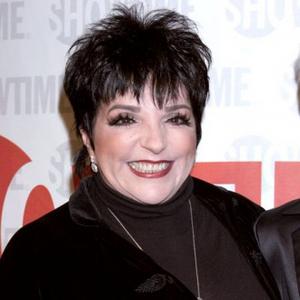 The 64-year-old star - who was previously wed to Cabaret performer Peter Allen, director Jack Haley, Jr. sculptor Mark Gero and concert promoter David Gest -has finally learned to accept being on her own and now loves not being tied down.

She said: "I don't have somebody telling me to 'Be quiet!' There's none of that in my life any more. It's just so wonderful not to be tied down. I've never been not dating or not with someone or not in love.

"I thought for a long time that unless you were with somebody you weren't accepted."

Liza insists she will never marry again but plans to have three men of various ages in her life instead.

"And I intend to also have a guy who's about 93 with one foot in the grave and one foot on a banana peel. What else can I say? There are some people who weren't meant to be married and it's very difficult for a female star."