Veteran Entertainer Liza Minnelli Has Cancelled Her Upcoming Shows In Texas And Oklahoma Due To Concerns For Her Health. 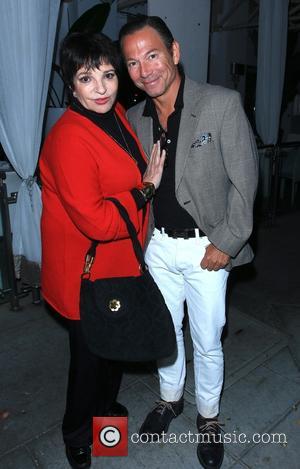 The Cabaret star was due to bring her Great Day concerts to Broken Arrow and Thackerville in Oklahoma on 12 and 14 November (15) respectively, but the dates have been cancelled along with a performance in San Antonio, Texas on 28 November (15).

Members of Liza's management team confirmed the 69 year old's doctor asked the star to axe the shows to focus on improving her health, according to Tulsaworld.com.

"Liza Minnelli has been advised by her physician to cancel her upcoming concerts in Oklahoma and Texas," the tour organisers announced. "She deeply regrets that she will not be able to perform for her devoted fans and is very grateful for the love they have shown her throughout her career."

She most recently scrapped two performances in the U.K. in September (15) following a dispute with the promoter.

At the time, the announcement read, "Due to current economics and unusually high ticket prices, the producer was unable to secure the promised funds... For months Liza has been preparing for these shows and she was devastated to hear of this unfortunate news."