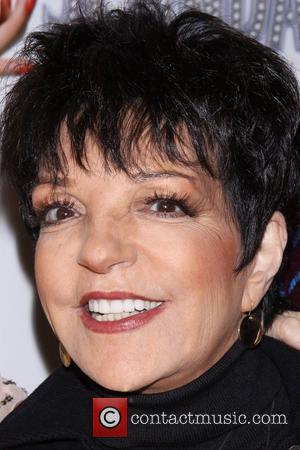 Liza Minnelli is returning to London's Royal Festival Hall next year and frankly we can't contain our excitement much more.

The stage, screen and studio star will be performing at the Royal Festival Hall to celebrate the hit musical Cabaret next year, forty years after she last performed at the famed venue. Her last performance there came during the hugely successful 'Liza With A Z' tour and come March 2013 it will be as if she never left, as Minnelli will be performing many of the songs that she took with her all those years ago.

After the announcement of her upcoming performance, which will take place in March 2013 (an exact date is yet to be given), she told the press in an official statement, "I'm always so excited to perform in London, I have so many friends and fans there I consider it my second home. And to be returning to the Royal Festival Hall after all this time is thrilling." Liza's performance is part of the Southbank Centre's 'Berlin in the '20s and '30s' weekend, which will also include a screening of Cabaret, for which Minnelli won the Best Actress Oscar in 1973.

The film sees Minnelli star as a cabaret star in inter-war Berlin, when the Nazis are first beginning to ascend to power. The film went on to win another 7 Oscars at that year’s awards ceremony, with director Bob Fosse and supporting actor Joel Grey also being recognised alongside Minnelli.