Pop beauty Liz Mcclarnon is finding it difficult coming to terms with having her private life scrutinised in the press - and blames the constant coverage for ending her relationship with Blue bad boy Lee Ryan.

The ATOMIC KITTEN singer admits such coverage is to be expected as a celebrity, but thinks the attention can go too far.

She says, "Who cares that I was sitting in a Thai restaurant holding Lee's hand a little while ago? How will it help someone to know that?

"I think that's pretty much why we left it, because it just gets so messy." 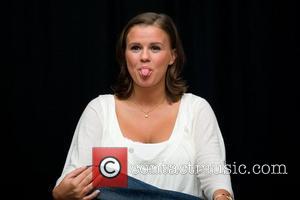