Pictures: Liv Tyler Returns To The Limelight At The Hobbit Premiere

Hollywood star Liv Tyler returned to the limelight at The Hobbit premiere in New York on Thursday evening (December 6, 2012). The Armageddon actress - who played Arwen in the Lord of the Rings trilogy - turned up for a reunion of sorts with her former co-stars, wearing a short dress with matching blazer. Tyler also donned a pair of scarlet shoes, which matched her staple ruby-red lipstick.

The 35-year-old met with former co-stars Elijah Wood, Ian McKellen and Andy Serkis, who star in Peter Jackson's new movie, with Martin Freeman as Bilbo Baggins. It's been a quiet couple of years for Tyler, who starred in the indie-comedy Super with Rainn Wilson and Ellen Paige in 2010, before appearing in drama-thriller The Ledge in 2011. She does also appear in the comedy-drama Robot & Frank, in which Frank Langella was lauded for his performance as an ex-jewel thief who receives a robot butler from his son. Tyler has signed on for Ti West's forthcoming horror flick The Side Effect about pharmaceutical medicines tested in outer space, though as yet, there is no scheduled release date. 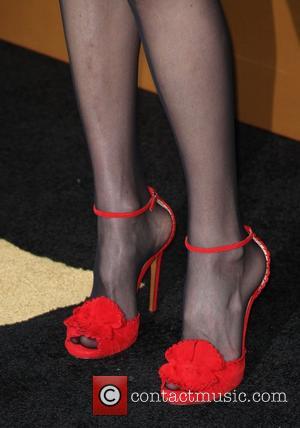 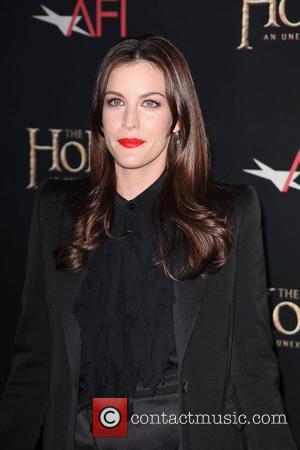 Elsewhere at the premiere, Martin Freeman was joined by his long-time partner Amanda Abbington, whom he met on the set of TV movie Men Only in 2001. She brightened up the red-carpet with a fuchsia floor length gown with layered skirt. Freeman leads the cast The Hobbit, which takes the fantasy franchise back to the beginning of the tale. Bilbo is tasked with journeying to the Lonely Mountain in search of treasure stolen by the dragon Smaug. It's the first of a new trilogy, shot back-to-back in New Zealand. The first movie hits cinemas on December 13, with the second, The Desolation of Smaug due the same time next year. A third, There and Back Again, will follow in July 2015. 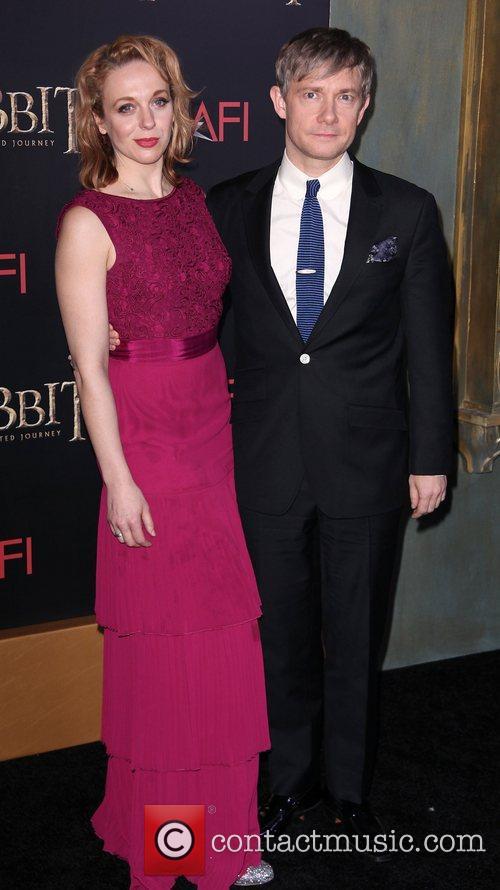