Liv Tyler has found the cutest way possible to share her newborn son’s unique name with the world. Posting a picture on Instagram of his tiny hand in hers and holding an anchor necklace, the actress revealed her son’s name as the nicely nautical, Sailor Gene Gardner. 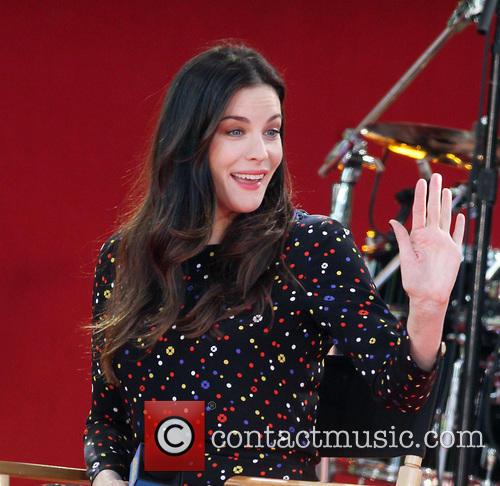 Congratulations are in order for new mom Liv Tyler

Sailor arrived in the world six weeks early on February 11th, with father David Gardner confirming the news via his Instagram page. "Our little one has arrived...Beautiful baby boy...Happy Valentines Day!" he captioned a photograph of the baby’s tiny hand holding his finger last week.

Also sharing his joy was Sailor’s rockstar grandfather, Aerosmith frontman Steven Tyler, who tweeted a photo alongside daughter Mia at Liv's hospital beside. "I made it RIGHT in time before my second grandson entered this world!”, Tyler captioned the pic.

More: Liv Tyler Is 'Very Happy' As She Welcomes Another Son Into World

The Grandfather later told E! News in a statement, "When I got the call that Liv was going into labor, after crying like a baby myself, I immediately dropped everything and went to to the airport to get on the next available flight."

"When I landed I kept calling my daughter MIA who was already helping Liv and she kept giving me minute by minute updates,'HURRY THE BABY IS COMING!'" Tyler continued. "I made it RIGHT in time before my second grandson entered this world. It was another (God wink) moment of a lifetime for me."

A rep for the family has also said that baby Sailor is “healthy but early” and added that he was expected to be in hospital for a while, saying new mom Liv would ”appreciate privacy until she can bring him home.”

Sailor is 'The Leftovers' star Liv and David’s first first child together but they each have a son from previous relationships. Liv ’s son, Milo with her ex-husband Royston Langdon was born in 2004 and Gardner has also has a son, named Grey, with ex-wife British actress Davinia Taylor.