Liv Tyler has revealed she takes time out to meditate to help her deal with attention deficit disorder (ADD) and finds the relaxation technique ''helps with everything''. 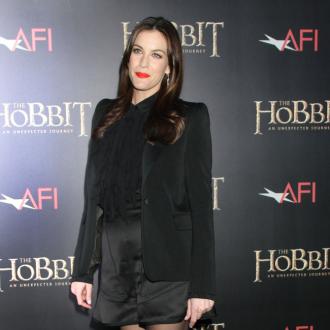 The 35-year-old actress - daughter of Aerosmith frontman Steven Tyler - takes part in the relaxation technique to help her deal with the behavioural condition and also admits meditation also ''helps with everything''.

She told the New York Daily News: ''I have ADD. [Meditation] definitely helps. It helps with everything.''

Liv is not the only star to have such a condition as it was recently revealed Britney Spears suffers from Attention Deficit Hyperactivity Disorder (ADHD) - symptoms of which include having difficulty following instructions or remaining seated when required - which is also called ADD or hyperactivity.

A source recently said: ''Britney was diagnosed with ADHD in her teens and used to take medication for it.

''The medication helped her deal with it, however, she can't take it now because it interferes with the other medications she takes for her mental health issues.

''Britney's current team of doctors strictly prohibit her from taking Adderall or Ritalin, which are commonly given to people with ADHD.''

What's more, a number of stars enjoy taking time out to meditate including Kimberly Wyatt, who takes part in the relaxation method for two hours every day.

She recently explained: ''I meditate for around two hours every day. I put a lovely prayer shawl I got from Bali around my shoulders and sit on the bed with my essential oils - especially white angelica - and angel cards, which I look at for inspiration.''