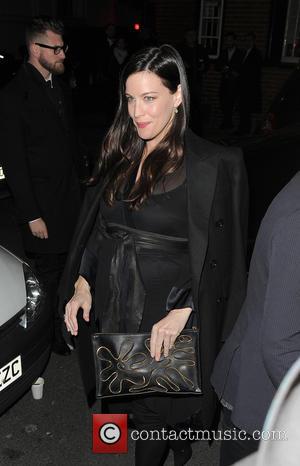 New mother Liv Tyler has sparked rumours she is engaged to wed boyfriend Dave Gardner after she was photographed wearing a large diamond on her left ring finger.

The Armageddon star and her sports agent beau stepped out in New York City on Friday (20Feb15) to visit their nine-day-old son Sailor Gene in hospital, and she was sporting what appeared to be an engagement ring on her left hand.

A representative for the actress has yet to comment on the speculation.

Sailor Gene was born six weeks early, but is "healthy" and is expected to remain under doctors' care "for a while".

If Tyler is engaged, it will be her second wedding - she was married to rocker Royston Langdon from 2003 to 2009 and the former couple shares a 10-year-old son, called Milo.