Liv Tyler claims she rarely goes on dates because she is ''too sensitive'' for casual relationships and rarely falls in love. 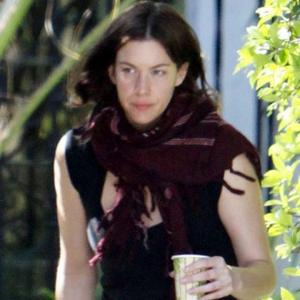 Liv Tyler is "too sensitive" for casual relationships.

The 32-year-old actress - who has a five-year-old son Milo with ex-husband Royston Langdon - has been single since splitting from the rocker in May 2008 and admits she rarely goes on dates because she worries about getting hurt.

She told Tatler magazine: "I fall in love once in a blue moon.

"I wouldn't be capable of having a casual fling. I'm far too sensitive, and I just wouldn't have any pleasure from it."

Liv has previously spoken about how separating from Royston made her feel physically ill.

She said: "There's nothing worse than heartache, being lovesick. It's like there's a physical sickness. You go through a couple of weeks where you think, 'Oh, I'm OK, I feel better,' and then suddenly, out of nowhere, it hits you again.

"The hardest part is when they leave. It also brings up a lot of issues - you might feel like a failure, or like there is something wrong with you. You can't run away from yourself - you kind of have to just deal with it."