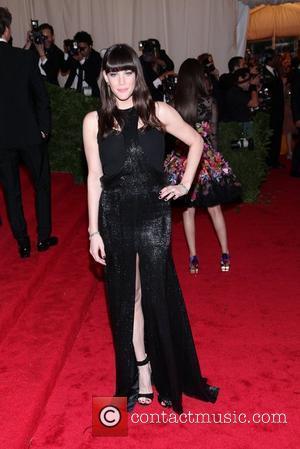 Actress Liv Tyler's former rock chick mum Bebe Buell has taken aim at biographer Christopher Andersen for suggesting she took part in orgies with Mick Jagger and David Bowie in his new book.
In an excerpt from Mick: The Wild Life and Mad Genius of Jagger, which was published earlier this week (beg09Jul12) in the New York Daily News, the author claims that Jagger and Bowie had an ongoing sexual relationship - and tried to lure Buell, who dated both rockers, to join them for threesomes and more.
Now Buell is offering up her side of the story via her Facebook.com page.
She offers no confirmation of Andersen's claims of Bowie and Jagger's 'friendship', but attacks the writer for quoting her as saying, "I used to get some pretty strange phone calls from Mick and David at three in the morning inviting me to join them in bed with four gorgeous black women or four gorgeous black men."
She rages, "This entire Bowie/Jagger thing is completely stupid and false! Who cares what they did in their private time? I sure don't but I don't like getting dragged into the press when I wasn't part of it. I don't do orgies, never did, never have!
"Yes, I dated both men but not at the same time. Bowie was more of Just a friend. Jagger was a BF (boyfriend) on and off for years. I hate having to answer to all of this c**p! A person's sexuality is their own right and business but I am not anyone's sex toy!"
Andersen's revealing new book was released on Tuesday (10Jul12).