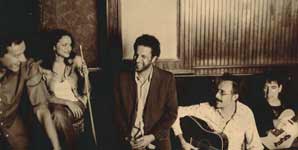 On March 7, 2006, Milking Bull Records will release the self-titled debut by The Little Willies, an album that perfectly distills the fun, down-to-earth spirit of this New York band's club shows. The group – Lee Alexander (bass), Jim Campilongo (electric guitar), Norah Jones (piano, vocals), Richard Julian (guitar, vocals) and Dan Rieser (drums) – tears through a mix of covers and originals, from the revved-up western swing of Fred Rose's "Roly Poly" and Willie Nelson's "I Gotta Get Drunk" to the cutting wit of Kris Kristofferson's "Best Of All Possible Worlds"; from the poignancy of Townes Van Zandt's "No Place To Fall" to the cosmic absurdity of their own "Lou Reed."

The Little Willies formed for purely practical reasons. In 2003, the group of five friends, who were all individually involved in other projects, booked a gig at The Living Room on New York's Lower East Side as an excuse to spend an evening playing music together. They soon discovered that they shared a deep musical vernacular. The members of The Little Willies all grew up listening to a certain breed of classic American music: the songs of Hank Williams, Willie Nelson, Townes Van Zandt and Kris Kristofferson, to name a few.

Over the next couple years, The Little Willies continued to play, adding a few originals to their setlist along the way. The group initially contemplated a live album, but when Jones and Alexander completed work on their home studio, they decided to christen the space with a Little Willies recording session. The resulting album showcases the group's core strengths, while maintaining the loose, spirited, bar-band feel of The Little Willies' live experience. 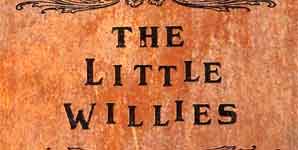