She's the oldest member of Little Mix and she's also had the hardest time on her rise to fame, Jesy Nelson has been forced to pull out of two gigs after getting emotional on stage in Dublin and has since faced an onslaught of abuse from sick internet trolls. 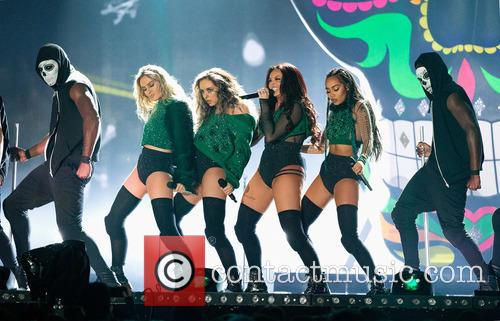 24-year-old Nelson is no stranger to cyberbullying; it was something she frequently faced after joining Little Mix, with many targeting her because of her weight. While touring in Ireland, Little Mix; who are Nelson, Perrie Edwards, Leigh-Anne Pinnock and Jade Thirlwall; decided to cancel two gigs Belfast when it became clear that Nelson was too ill to perform.

'Little Mix have unfortunately had to cancel both of their Arena shows in Belfast today', their Instagram post read. 'Sadly Jesy is unwell and unable to sing, and as a result both the matinee and evening shows are cancelled. Little Mix would like to apologise to their fans. Ticket holders should hold on to their tickets and await further news.'

While most fans and would-be gig-goers were supportive, many lashed out in anger and some even posted cruel taunts on the band's Instagram page. 'Kill your f**king self' and 'Fat! Whale' were just two of the vile comments left on the post, while another was less abusive but still made her lack of support clear: 'We were going to your concert today went to the door THEY SAID IT WAS CANCELLED, because you were sick, sick my bum could the other three not play like the little ones would not care if there was three like OMG waste of money and time there was children crying outside.'

The backlash came after Nelson broke down in tears on stage, to the shock of not only the audience, but herself and her bandmates as well - the latter of whom immediately rushed to her side to comfort her. 'If you're ever feeling really crap about yourself or you're not feeling confident, this is exactly why we wrote this song', she had stammered, her eyes brimming with tears before attempting to compose herself and adding: 'I don't know what's wrong with me! I'm so emotional!'

The band are due to perform in Sheffield tomorrow (April 2nd 2016).