Pop Stars Little Mix Have Continued To Cast A Spell Over The U.k. Singles Chart After Scoring Their Third Week At Number One With Black Magic. 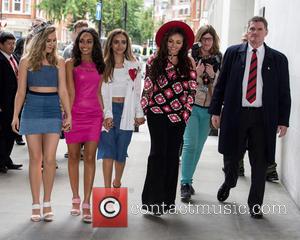 The girl group fends off Years & Years, who rise one place to two with King, just ahead of Lost Frequencies' Are You With Me at three.

Years & Years also take second place in the U.K. albums countdown with Communion, which is replaced at the top by The Chemical Brothers. Their Born in the Echoes gives the duo its sixth British number one album, more than any other U.K. dance act in pop history.

Meanwhile, Ed Sheeran rounds out the top three at three with x, chalking up its 58th week on the chart.