Little Mix Had To Tone Down Rude Lyrics

British Pop Stars Little Mix Toned Down Songs On Their New Album Because The Lyrics Were Deemed Too Rude. 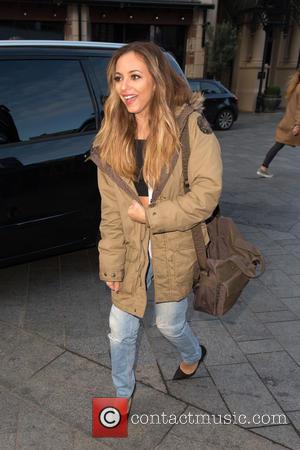 The singers are set to release their third record, Get Weird, in November (15).

One of the songs featured on the album is titled Love Me Like You, but they had to change the name because the original was too saucy.

"Love Me Like You was originally F**k Me Like You, because that's what the song is about", reveals singer Jesy Nelson. "But we had to censor it because it was too naughty. So we changed it to love me. I mean imagine us singing that? The only person who can get away with that is Rihanna!"

Perrie Edwards also confesses she was left red-faced when her dad heard one of the more saucy songs.

"A.D.I.D.A.S. is the most shocking one I think. It stands for All Day I Dream About Sex With You, but it's a 'shush' now (instead of sex)," Perrie explains, "Literally when my dad heard it he was like: 'No, girls turn it off.' I said: 'Dad I'm sorry we are going to change it, it's just a demo.'"

Leigh-Anne Pinnock is also convinced their new work is their most grown-up to date: "I feel Love Me Like You is going to gain us a slightly older audience, it's all our friends' favourite song. We've never done something like it before - with a Motown vibe - but we like challenging ourselves and like to keep it fresh."

It has been a busy week for Little Mix as they promote their new record.

They played at the Apple Music Festival in London on Tuesday night (22Sep15), reuniting Perrie with her ex-fiance Zayn Malik's former band, One Direction. The girl group put on a storming show before they all hit the town for a night out with One Direction stars Louis Tomlinson and Niall Horan.

Perrie and Zayn parted ways in August (15), just months after 1D hunk walked away from the band's tour and quit the group.