Taylor Swift Returned To Her Country Roots By Inviting Little Big Town To Share The Stage With Her At Her Concert In Pittsburgh. 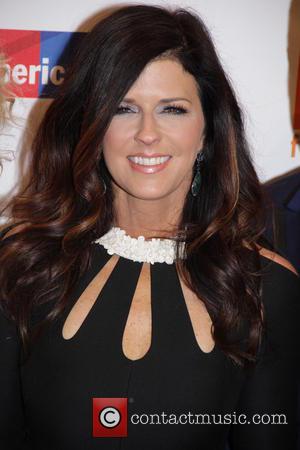 Picture: Karen Fairchild of Little Big Town - A variety of stars were snapped as they arrived to the 2015 Can Do Awards Food Bank For...

The Blank Space hitmaker brought her 1989 tour to her home state of Pennsylvania on Saturday (06Jun15), and she treated fans to a special performance.

In video footage of the show, Swift tells the crowd, "Honestly, the last two times that I've played here, I've said to myself, 'That is an incredible crowd. That crowd is located in the state where I grow up. Every time I go and see them, they go so far above and beyond, I need to do something special for them the next time I come back'... I’ve been in the music industry for about 10 years, and one of the first bands I ever met was one of the nicest bands and one of the most talented, and they’ve always been the coolest people. So, I know you guys have a river around Pittsburgh, and I wonder if you ever go out on a pontoon boat?"

Swift then invited the country music foursome onstage to sing their hit song Pontoon with their pop star friend, as dancers surrounded them in swim gear and paddles.