Some stations are refusing to play the song, after complaints that its lyrics promote a "gay agenda”.

One of the writer’s of Little Big Town’s ‘Girl Crush’ has spoken out about the controversy regarding the song, after some country radio stations were reported to be refusing to play the single. The song has prompted complaints by some radio listeners in the United States who believe it promotes a "gay agenda”, despite its lyrics actually describing a jealous ex. 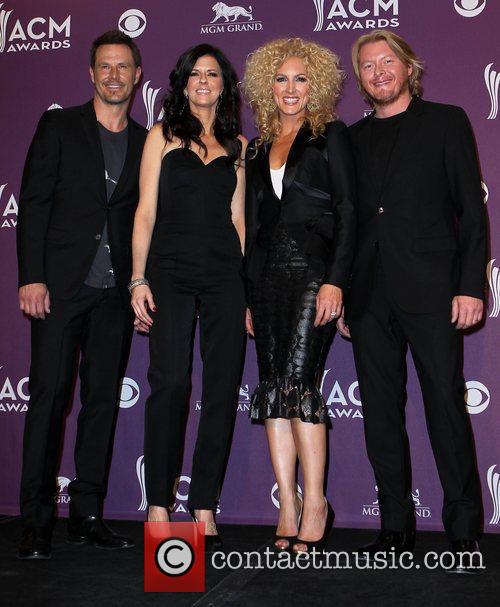 Speaking to ABC News Rose said, “When we wrote it and it got played around town, the reaction was, 'Oh my God, this is our favourite song we've heard in a long time' and 'Thank you so much for writing such a great song.”

"I think the negativity just came from a few places and that's what got out,” Rose continued.“I really think on the whole, it's been more positive ... but all around, we are hearing more of the positive. I'm going to focus on the tons of people who really love the song."

"It just hit a nerve with people. I don't think it has anything to do with a hidden agenda, it was just about a girl who wants to be the girl that's with the guy ... The hook turns around and realise the girl wants the guy ...everybody is not going to love everything,” the songwriter added.

But despite the negative reaction of a few vocal country fans, Rose digress with the notion that country music just wasn't ready for a song about a girl kissing another girl.

”I think that country has a lot of fans and listens to their fans," Rose said. "It's more of a family. I think country, I think we are very progressive. This is just a couple of places, where it may have upset someone. And I would never want to do that and Little Big Town would never do that.”

Any negativity surrounding the single is reported to have started when Alana Lynn, a morning co-host on country music station 104.3 FM in Boise, Idaho was met with furious complaints after she played the track during her show.

The Washington Post reports that Lynn received furious phone calls and e-mails accusing 'Girl Crush' of “promoting the gay agenda” and threats to boycott the station, multiple radio stations across the country are also said to have pulled the song for similar reasons.

At a Texas station one program director reportedly received the complaint: "You are just promoting the gay agenda on your station, and I am changing the channel and never listening to you ever again!” The single is currently at number 17 on Billboard’s Hot 100 Country chart.