Country legends Little Big Town have been added to the line-up for BST Hyde Park on June 26, 2022. 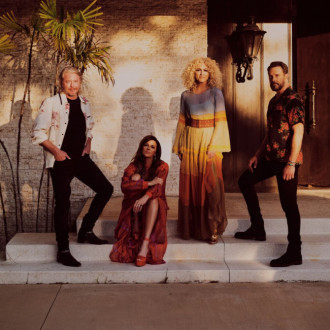 The country quartet - comprising Karen Fairchild, Kimberly Schlapman, Phillip Sweet, and Jimi Westbrook - have admitted it's a "dream come true" to be opening for the iconic rock band at their 50th-anniversary shows next June, including their date at the London landmark on June 26, 2022.

“What a bucket list dream come true. We’re headed to Europe, including HYDE PARK, with The Eagles!!!!”

It was recently announced that Robert Plant and Alison Krauss will warm up the crowd ready for Don Henley and co.

The music legends have teamed up again on the hotly-awaited joint LP, 'Raise The Roof', which will be released on November 19.

It's the follow-up to 2007’s Grammy-winning collection 'Raising Sand'.

BST Hyde Park is back bigger and better than ever before in 2022.

It was recently announced that Adele is returning to her homeland to perform at the summer festival on July 1 and July 2, 2022, and fans broke her website as they scrambled to nab tickets.