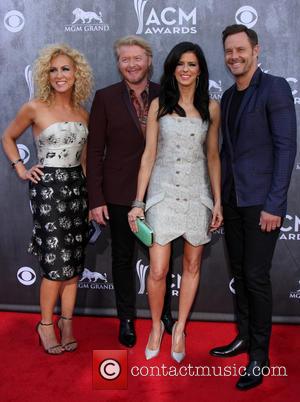 Country quartet Little Big Town are set to become the latest members of the Grand Ole Opry after receiving a surprise invitation to join the prestigious institution on Friday (03Oct14).

The Pontoon hitmakers were performing at the famed venue in Nashville, Tennessee on Friday when county singer Reba MCEntire surprised them by appearing onstage and singing with them during the last chorus of their song.

MCEntire then told them, "I have been asked to ask y'all, Little Big Town, would y'all like to be a member of the Grand Ole Opry?"

Bandmembers Karen Fairchild and Kimberly Schlapman fought back tears as the audience cheered them on, and MCEntire added, "I'm taking that as a yes."

After the show, the group wrote on Twitter.com, "Our heads are spinning!! What an honour!!"

They will be officially inducted by Vince Gill on 17 October (14).