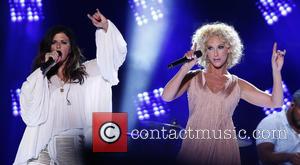 The Girl Crush hitmakers are in the middle of their Pain Killer Tour in North America, but the country quartet has announced upcoming dates have been pulled to give Westbrook time to recover from the operation.

A post on the band's Facebook page reads: "With heavy hearts we want to let you guys know that Jimi will have to undergo surgery next week to remove a polyp on his vocal cord. As a result, doctors have ordered him to rest his voice and completely recuperate before we continue touring.

"All shows through July 30th will be cancelled or rescheduled. It breaks our hearts to let you guys down, but Jimi's health is the most important thing and he is expected to make a full recovery with rest and treatment. We will keep everyone updated on Jimi's progress. Thanks for your understanding and support."

A total of 13 scheduled concerts have been affected by the last-minute cancellation, including stops in California, Tennessee, New York and Canada.